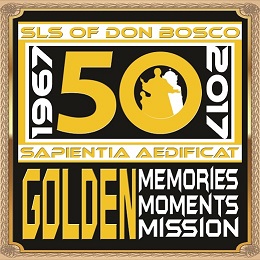 Anchored on the theme, "SLSDB @ 50: Golden Memories, Golden Moments, Golden Mission," the year-long festivity has basically three movements, namely:the past, the present, and the future.

The 50th Year Committee, headed by Rev. Fr. Broderick Segovia had come up with this plan to further enrich the holistic formation of the students, faculty, parents, alumni, and the community.

"It is our prayer that these Golden Memories, Golden Moments and Mission would not only highlight SLS-Don Bosco's significant mark as a bastion of Catholic Education in Negros Oriental but would implant in peoples hearts the golden values she has shared with one and all through the past century," Fr. Brodie said. show less