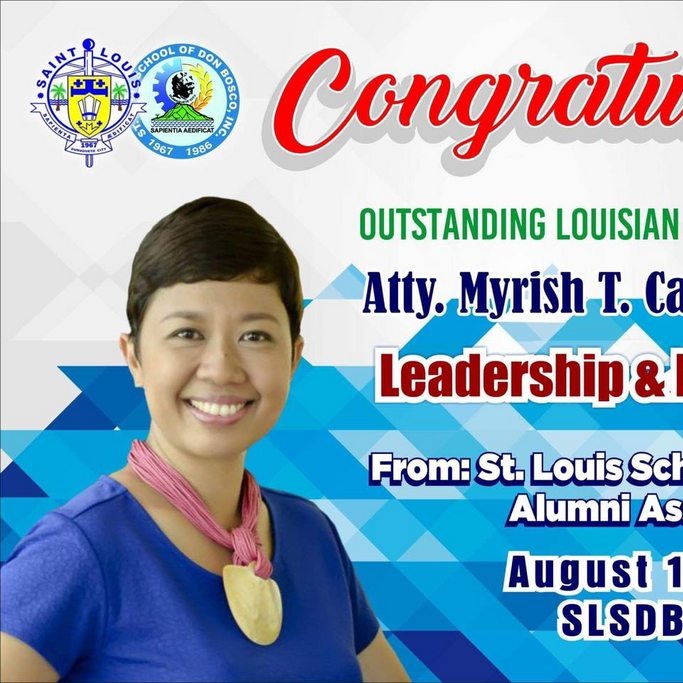 Myrish Cadapan is a graduate of St. Louis School of Don Bosco in 1991 as valedictorian. She obtained her college degree in Bachelor of Arts in Political Science at Silliman University as magna cum laude and earned her Bachelor of Laws in 1999 at Silliman University. She obtained her master of laws degree in Government Procurement and received the Most Outstanding International awards from George Washington Law School. She had served the City of Dumaguete as lady councilor for two terms. The highest-ranking Filipino at Harvard Kennedy School (HKS), Antonio joined the workforce after finishing her masters in public administration in the same school.

Antonio has been awarded as one of the 2019 Harvard Heroes for her work at the Harvard Kennedy School (HKS) Center for Public Leadership and a recipient of the HKS Dean’s Award.

Atty. Cadapan-Antonio is currently the Director of Fellowship and Leadership Development Programs at the Center for Public Leadership at Harvard University’s John F. Kennedy School of Government.