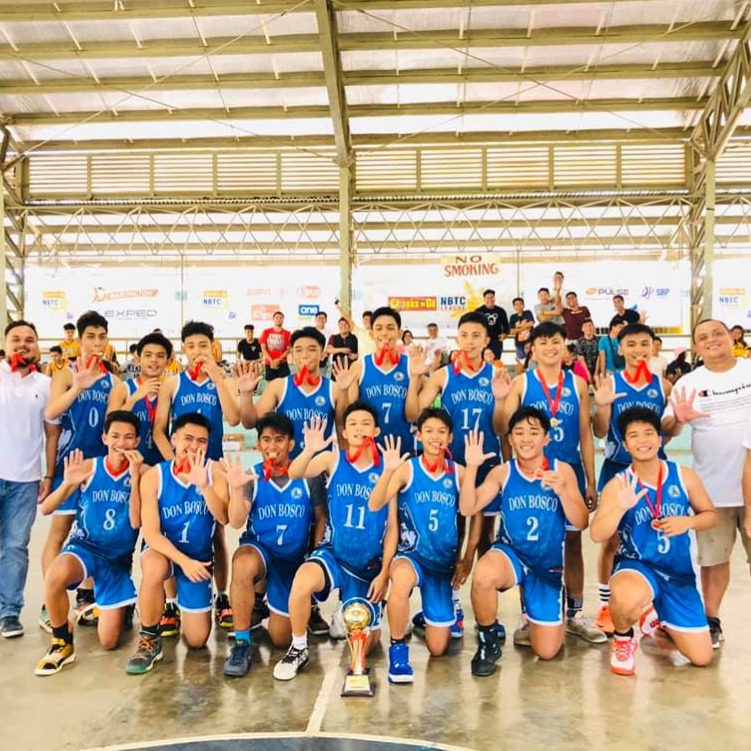 DB Greywolves started slow and relaxed which paved the way for the Saints to take advantage of their sluggish start but cut short and resulted to a crucial 1-point loss in game 1 for SPUD.

In the second game, the Saints asserted their dominance and took the lead for the first 2 quarters and half of the third quarter. MVP Bevir Ivan Calum of Grade 10 led the defense-oriented Greywolves back to their feet and garnered 39 of the 69 points and also bagged a total of 36 points in the first game.

Team captain, Jian Carl Ragay of Grade 12 who has been playing the NBTC league for the team since 9th grade, expresses his gratitude, “I am thankful for the opportunity God has given me and my team mates, for my coaches who have guided me in everything, especially to coach Butch who has been mentoring me for 9 years, and for my family for supporting me all the way. I feel good for being part of the defending champion team. Although, there are many ups and downs, we manage to face all the obstacles as a team in order to achieve our goals.”

The Greywolves will be advancing to Bohol for the Regional Finals on January 24-26, 2020.